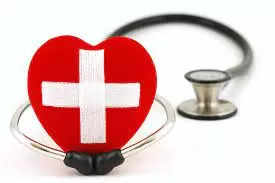 Gooty: Moved by the sight of people carrying their loved ones in personal vehicles without any medical support during the peak of second wave of COVID-19, two students of an engineering college in Andhra Pradesh have developed an affordable two-wheeler ambulance to help the needy in the society.

GATES Engineering College, Gooty, Andhra Pradesh, have developed an affordable two-wheeler ambulance. The smartly-designed ambulance has been developed by Subramamian Yashwant and Izaz Ahamed, two second-year students of the college who are currently pursuing mechanical engineering.

The students developed this vehicle with the help of experts from ‘3DEXPERIENCE Lab of Dassault Systemes’ in Pune.

The innovative ambulance has been named ‘Heal Mobile‘ and will be used to ferry patients in rural areas where ambulance services are rare and hospitals can’t afford them because of their high cost.

Yashwant and Ahamed had shared the idea of their newly imagined cost-effective medical vehicle with the managing director of their institute. The director then approached Dassault Systemes in France for help in designing the ambulance. Impressed by the idea and the objective behind it, Dassault had developed the prototype of an ambulance using the 3D design platform CATIA. The French company also sent its representative Suhas Preetipal to provide help to the students in the project.

Yashwant and Izaz Ahamed, under the supervision of Suhas Preetipal and college chief administrative officer V Anand, started giving a shape to their idea based on the design provided by Dassault. After 40-50 days of effort, they developed the two-wheeler ambulance, which can be attached to any 100 CC two-wheeler and it costs around Rs 50,000.

The maximum speed of the two-wheeler ambulance is limited to 35 kmph and it can be operated on any type of roads due to its sturdy structure. It is equipped with an oxygen cylinder and other emergency medical equipment.

In case of emergency, these bike ambulances can safely carry one patient along with a medical worker as a rider to tackle any urgent medical situation to nearby primary and Community Health Centers (CHCs) from remote villages, said Yashwant and Ahamed.

Every ambulance has a special leading link front suspension fitted as standard, improving the ambulance’s off-road as well as on-road capabilities with an oxygen cylinder, patient monitor system, wheelchair and stretcher.

Additionally, the bike ambulance can be attached to any bike available in the market. Additional ‘Roof Bars’ and all-weather covers ensure patient protection and help improve the easy movement of patients. A footstep is provided for easy access to the stretcher that has multiple functions, wherein a patient can lean back and sit with outstretched legs. The patient can be buckled up with special belts provided to ensure safety as well as lesser movement while driving, they said.

The idea to launch Heal Mobile intends to extend economical health relief through frugal innovation to the economically underprivileged sections of society during the COVID-19 pandemic. Heal Mobile will ferry patients, pregnant women and infants from remote areas to the nearest healthcare centre and hospitals in the Andhra Pradesh-Telangana-Karanataka region.

Expressing happiness over the success of his project, Yashwant said their efforts were made easy with the involvement of the college management and help from Dassault.

Ahamed said their objective is to make an ambulance that is immensely useful to people, especially in rural areas, during medical emergencies.

“Idea Lab in our college helped us give shape to our plans and if not for the support and encouragement from the college management, our idea might not have transformed into a reality. We designed the two-wheeler ambulance in such a manner that it is not only lightweight and economical but also sturdy at the same time,” he said.

Interestingly, Yashawant and Ahamed said that they will not apply for a patent of the ambulance and that the design of the ambulance will be available for uploading on Dassault Systemes website. “So that anyone can download and make it to serve the society,” they said.