The relegation-threatened home side took an early lead through Niall McGinn but the visitors drew level before the break thanks to a James Scott goal, his first for the club.

Dundee edged in front again in the second half as Josh Mulligan netted, with substitute Charlie Adam sealing the victory with a stunning third.

However, to avoid relegation, Dundee still need to win on Sunday at Livingston and hope St Johnstone – whose goal difference is also superior – lose against Aberdeen and then Hibs in their last game.

The Edinburgh side were stunned in just the third minute as Dundee stormed into the lead.

Jordan Marshall found Zak Rudden on the right and although Hibs keeper Matt Macey made a decent save from the striker’s shot, McGinn was on hand to rifle home the rebound.

The visitors bounced back strongly from that early setback and came close to scoring a quickfire equaliser when Ewan Henderson played in Scott but home keeper Harry Sharp made a vital stop.

In the 24th minute, a run from Hibs’ Rocky Bushiri was brought to an abrupt halt 22 yards from the Dundee goal by Mulligan, who was booked by referee Craig Napier.

Henderson stepped up to take the free-kick but he shot straight at Sharp who comfortably gathered.

However, Hibs did finally equalise in the 29th minute. Scott got the better of Jordan McGhee on the left before advancing on goal, with his shot squirming under Sharp.

The Dark Blues then came close to scoring again as a deep Cammy Kerr cross took a deflection and narrowly flew past Macey’s post.

Dundee did have the ball in the back of the net shortly after when Mulligan bulleted a header in off the underside of the bar but his effort was ruled out for offside.

The Dark Blues huffed and puffed as the hour mark approached but Macey had little to do. However, the Hibs goalie was picking the ball out of the back of his net in the 67th minute.

Marshall sent a cross in from the left with sub Luke McCowan heading back across goal for Mulligan to nod home from close range.

Dundee then had three chances in quick succession with a Mulligan header cleared off the line, a corner from Adam clawed from under his bar by Macey and then Rudden dragged a shot wide with the goal at his mercy.

However, Adam applied the icing to the cake in the 86th minute when he hit a 25-yard thunderbolt past Macey. 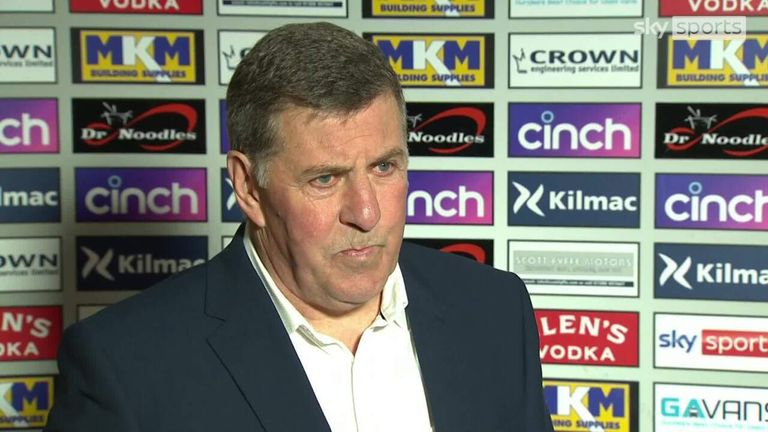 Mark McGhee said the game went exactly as he planned after he was able to celebrate success for the first time since arriving at Dundee at the 13th time of asking.

“It went to plan,” McGhee said after his side picked up their first win since February. “We sent out a team tonight that was a running team. We knew we were going to need energy and maybe the finishers at the end would come on and finish the job, and that’s kind of how it panned out. We stayed in it until half-time and then pushed on in the second half.”

McGhee also paid tribute to Adam, who dropped to the bench after playing for an hour in Dundee’s 2-0 defeat to St Mirren at the weekend.

“People have been asking me why Charlie wasn’t playing. Charlie’s 36 and played at the weekend,” explained McGhee. “I know what it was like for me at that age, and trust me, I was fitter than Charlie at that age!

“But we know his quality and we know the influence he can have on a game. We put him on hoping he could produce a moment and my goodness, I’m so happy for him.” 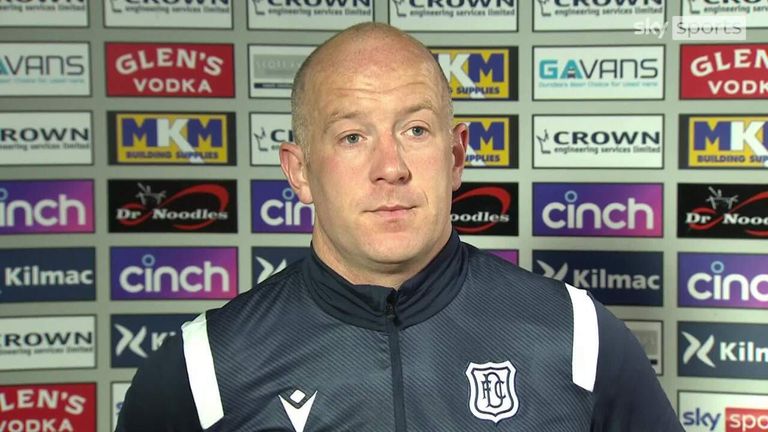 After scoring his fourth goal of the season to help Dundee to a vital win, Adam admitted the victory over Hibernian could be his final appearance for the club at Dens Park.

The midfielder – who returned to his boyhood club in September 2020 and helped them to return to the Premiership last season – said: “When I came back here the dream was to take the club back up. Unfortunately it’s going to be difficult but we’ll give it a go Sunday.

“If it is to be the last game here for me then it’s going to be a great way to go.

“I’m not going to beat around the bush, I’m at an age now where it might be the end for me. I’ll obviously have to sit down with the club and go from there.

“It’s been something I’ve been thinking about for the last week or so, maybe retiring. We’ll see what the next week to 10 days brings and what the club want to do.

“I came here to try and get promoted, we did that, and we’ve given ourselves a chance on the last day.”

5 things to know before the stock market opens Monday, January 30