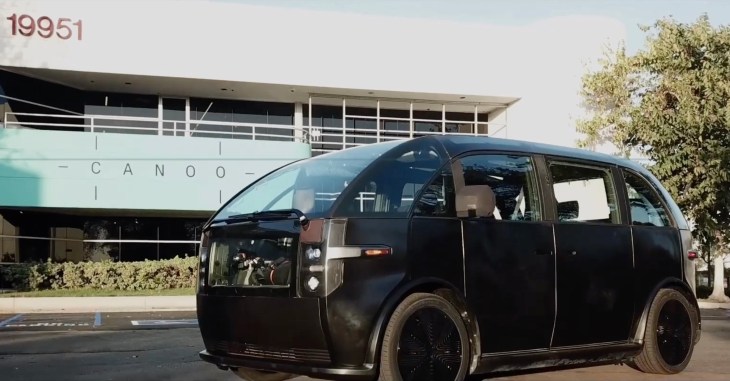 Electric vehicle startup Canoo has filed suit against one of its largest shareholders, demanding that the firm pay back more than $61 million in “short-swing profits.”

The short-swing profit rule states that company insiders, like large shareholders, must return profits realized from buying and selling securities within a period of six months. Canoo alleges that the firm, DD Global Holdings, wrongfully benefited from its recent share sales, according to a complaint filed in federal court in Manhattan on Monday. Bloomberg was the first to report.

Pak Tim Li, the beneficial owner of DD Global, was one of the three original investors in Canoo in late 2017. He is also reportedly the son-in-law of Jia Qinglin, who until 2012 was the fourth-ranking member of the Communist Party in China.

When the startup merged with a SPAC in 2020, Li owned more than 26% of Canoo’s shares through DD and other affiliates. This significant ownership stake called in the oversight of the U.S. Committee on Foreign Investment, which set up a national security agreement that stated DD Global must own 10% or less of Canoo by February 28, 2022, or it would have to transfer all shares to a voting trust.

In November 2021, DD Global transferred about 35 million Canoo shares to Canoo CEO Tony Aquila’s LLC. On that day, the stock price closed at $11.43 per share with a volume-weighted average price (VWAP) of $11.26, according to the lawsuit. By this point, DD Global still owned 18.5% of Canoo, so in March 2022 it sold off 10.5 additional shares to Bank J. Safra Sarasin AG on behalf of an unidentified buyer. On that day, Canoo’s stock closed at $5.57 per share and had a VWAP of $5.44.

Canoo is now alleging that DD Global acquired the same number of shares — 10.5 million — at the same time that it sold them off through an equity swap transaction, according to the lawsuit. The EV startup is seeking to uncover the identified buyer of the shares sold in March, as well as any other transactions by DD Global that went unreported.

At the same time, Canoo is alleging that, as of March 15, 2022, DD Global remained the beneficial owner of more than 10% of Canoo’s total outstanding common stock, which would put it in violation of the national security agreement.

5 things to know before the stock market opens Monday, January 30