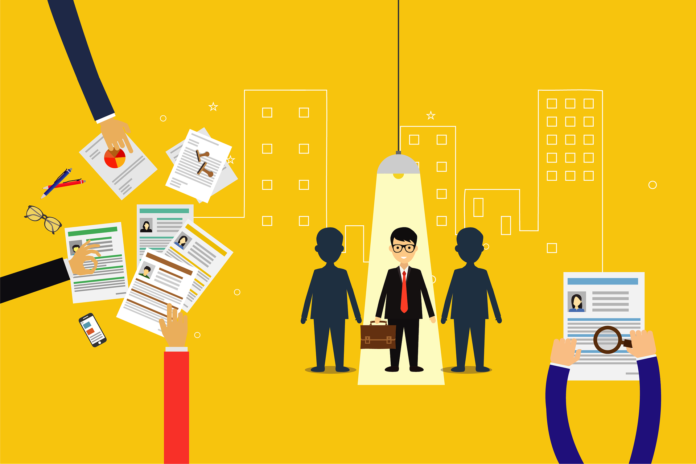 Ernst & Young is a UK-based assurance company that provides professional services such as digital strategy, strategy consulting, financial advisory, and tax advisory. Headquartered in London, EY serves worldwide in 150 countries with over 700 offices. It is considered among the Big Four and companies like Deloitte, KPMG, and PricewaterhouseCoopers. Founded in 1989, EY was formed as a result of mergers of several ancient companies, the oldest being Harding & Pullein, which was initially founded in 1849. As of 2021, EY has made over US$ 40 billion in revenues. The mission statement of EY is to ‘Build a better working world.’ It is a great place to work for any professional who is looking to build a stable and high-paying career. In this article, we will discuss in detail the EY recruitment process and how to prepare for the EY interview in the best possible way.

The EY recruitment process involves various rounds to gauge the applicant’s professional capabilities and hire a perfect employee for the relevant role. There are primarily three interview rounds at EY, which we will discuss in detail for better understanding –

The technical interview round is the second round of assessment at EY. This is the next step for candidates who have cleared the online interview tests. EY conducts this round at their HIREVUE platform. This is a video-based round and may include 2 to 3 interviewers. This is one of the most important stages of the EY recruitment process.

Most of the questions in the technical interview round are from the previous project work experience of the candidate. You should also have a working knowledge of topics like networking, computer operating systems, DBMS, etc. The most commonly asked questions in DBMS are based on topics like RDMS, normalization, DML, etc. In the case of Operating System questions, most of them are asked from deadlock. You may also be asked about your work experiences in previous organizations to understand your work strategy and leadership styles.

The next round of interviews is the HR interview round. In this round, the company tries to understand how the candidate will fit into the company’s culture. This is an important interview round that should be thoroughly prepared. The interviewer will ask you questions involving your resume and past work experiences. Make sure to prepare your resume accordingly and provide valid answers based on past examples.

Some of the interview questions asked during the HR round include:

What do you mean by Normalization?

Normalization is a process used to keep data organized in a database. It can be done using tables to reduce data redundancy and inconsistent dependency. Edgar F. Codd first proposed this. The tables are created according to certain rules that make the database more flexible. Normalization is a very important process for numerous reasons. The most obvious advantage of normalization is that it frees up a lot of disk space which, in turn, helps in increasing performance.

What is intercompany reconciliation?

Intercompany reconciliation refers to the process of reconciliation of transactions between two legal companies. This usually happens when two companies belong to the same corporate umbrella. As a result, one company or subsidiary will act as a customer while the other will be the seller.

What are the advantages of using stored procedures?

There are many advantages of using stored procedures. The most important benefit is that it helps in the creation of sophisticated database applications. This makes them scalable and also increases performance.

What is object-oriented modelling?

Object-oriented Modeling (OOM) is an approach that involves the application of OOPs concepts for different stages of software development. In this approach, we think of solutions in terms of real-world problems using models. The main aim of this approach is to reduce the semantic gap between the system and the real world. It is often used to test the entity before we actually start creating it. It is also helpful in coordinating with the customers. This approach finds application in creating less complex projects to improve their performance.

Yes, BCNF is far better than 2NF & 3NF. This is so because BCNF offers more powerful normalization.

What is the difference between primary key and foreign key?

What is a transparent DBMS?

A transparent DBMS refers to the distribution of information in a way that keeps its physical structure hidden from the users.

What is a deadlock?

In computing, deadlock refers to a situation where more than one process is blocked because each process holds a resource that, in turn, is required by another ongoing process. Let us see a real-world example to understand this clearly. Imagine two trains that need to pass through a railway station in the opposite direction. Each train has to wait for the other one to pass, and none of them can go across the other one.

What is meant by the interface?

Interface in computing refers to the blueprint for a class. The interface is a way to achieve abstraction using variables and abstract methods but without the method body.

Where do we generally create an index?

When the table is created in the database, then the index is usually created at that time. To create an index in MySQL, you can use this statement –

Here, the table has an index that holds two columns – column 1 and column 2.

Now, to add the index to the table, use the following –

What are the advantages of using the stored procedures?

Here are some advantages of stored procedures –

Give me a SQL Query to find out the second-largest company.

Explain malloc() and calloc() in C.

The malloc() function is known as the memory allocation function. It helps in dynamically allocating a block of memory by specifying its size.

The syntax for malloc() is –

Here is an example –

Here, the size of int is 4 bytes. Hence, this statement allocates 400 bytes of memory, and ptr holds the address of the first byte.

In case the allocation fails, it returns NULL.

The calloc() function is also known as the contiguous allocation function. It is used to allocate specified blocks of memory of a specific size dynamically.

Here is an example  –

Since the size of int is 4 bytes. Hence, this statement allocates contiguous space of memory for 10 elements each of size 4.

In case the allocation fails, it returns NULL

Differentiate between compiler and interpreter.

Here are key differences between compiler and interpreter –

What is a thread, and how is it different from the process?

In computing, a thread indicates the path of execution in a process. A process can contain more than one threads that share a common memory space. However, processes occupy different memory spaces.

Why is DML provided?

Data manipulation language (DML) represents a collection of languages that are specifically used to modify databases. DML  is provided for manipulating and processing databases using common operators such as INSERT, SELECT, UPDATE, DELETE, and so on.

How do I prepare for the EY interview?

Practice mock interviews beforehand to ensure that you have a good grasp of the subject in less time. As the interview gets started, stay humble and listen carefully while building a rapport with the interviewers. Also, ask relevant questions that show your interest in the company’s culture and job role.

Is the EY interview difficult?

The EY interview process can be moderately difficult or rigorous, so to say. It comprises various rounds that aim to test the candidate’s mental, verbal, reasoning, and coding abilities.

How many rounds of interviews does EY have?

At EY, there are typically three rounds of interviews, including one to two phone interview rounds and one in person. The entire process may take up to 2 months.

How many stages are in the EY interview?

Typically, there are three to four stages in the EY interview process. The first two to three rounds are telephonic, while the last stage of the interview involves a face-to-face round. This is the HR round and involves discussions around salary and perks.

Why should EY hire me?

You should highlight your strengths and capabilities to give the interviewers a good reason to hire you. You can also talk about your previous work experiences and projects that make you excited to stand out.

A massive percentage of people, about 80%, fail to pass the EY final interview round. It is said that around 10 to 20% of candidates make it through the final round of interviews.

How long is EY hiring process?

Roughly, it takes about 6 weeks for the entire hiring process to complete.

How difficult is getting into EY?

Getting into EY is not an easy feat. It is reported that over 2 million applications are received by EY every year. Previous candidates have rated their job interview experience 3 out of 5, with 5 being the highest difficulty level.

How long does it take to get an offer from EY?