Chennai: The state health department has told self-financing medical colleges and deemed universities to charge fees on a par with government colleges for 50% of the seats. This means they should charge ₹13,610 a year, including a tuition fee of ₹4,000, instead of ₹25 lakh. The fee fixation committee will fix fees for the remaining seats for the upcoming academic year.

After the National Medical Commission sent guidelines in February, state health secretary P Senthil Kumar had conveyed this to the private institutions. “The colleges said they have moved court but, in the meanwhile, we have sent a letter to the fee fixation committee,” he said. 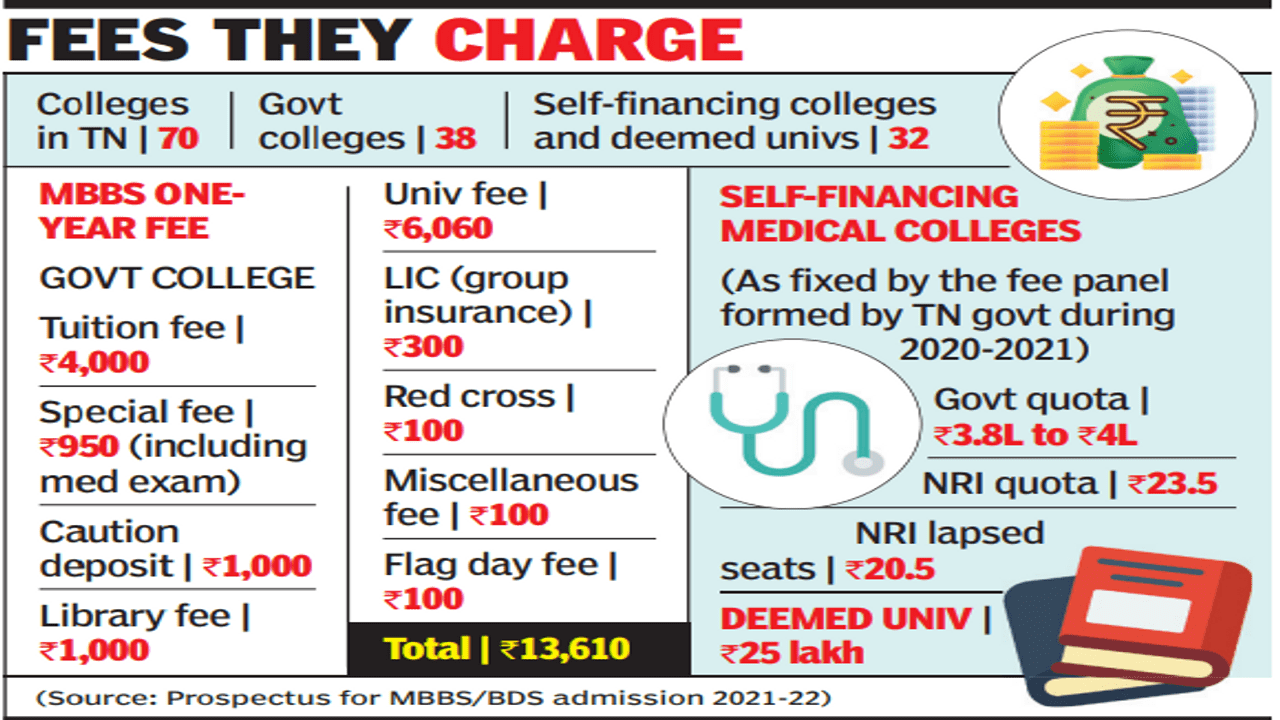 Tamil Nadu has 10,725 MBBS seats in 70 medical colleges — 38 government, 19 self-financing colleges and 13 deemed universities. The state has the most government colleges, which charge one of the lowest fees.

Parents and students say that if this order is implemented it will reflect the spirit of merit for which NEET was proposed. “Students with high scores will have seats at a cost they can afford in colleges of their choice. Colleges across the state too will have a good number of meritorious students,” said Sharmila R, whose daughter is waiting for an MBBS seat this year.

However, colleges say that their overheads are too high. “NMC demands on infrastructure and human resources are expensive. Tuition fee is one of the important sources of income for teaching hospitals. If they cut down on fees, it will affect quality,” said one of the senior administrators of a new medical college.

Most students are forced to choose some colleges — government or self-financing — only because they can’t afford to pay fees in some deemed universities. “Besides offering seats on a par with government colleges, the fee for the remaining seats will be fixed by a committee and not by an ad hoc university committee,” said Madhanagopal S, who coaches and counsels students for medical admissions.