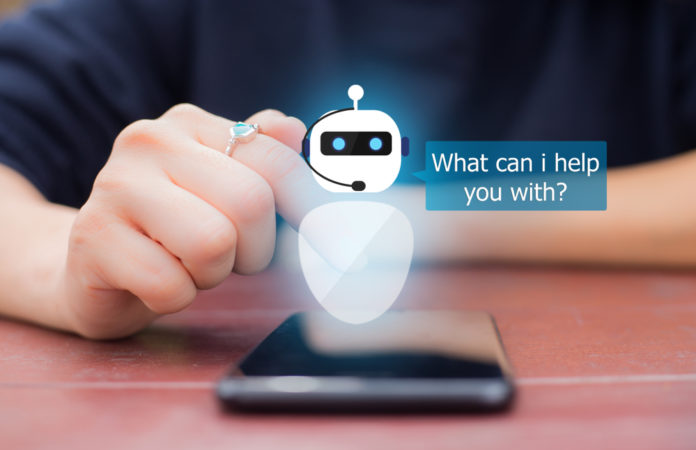 Chatbots have been gaining popularity over the years and can be seen on almost every website we visit. They are being increasingly used by businesses for customer support and are predicted to improve customer service for many industries in the coming years. And, of course, with AI in the picture, it only makes sense to introduce well-functioning chatbots. So, in this chatbot tutorial, we will talk about how you can also build an AI chatbot. Let us look at what we will be learning today!

are not a recent development. They are simulations that can understand human language, process it, and interact back with humans while performing specific tasks. For example, a chatbot can be employed as a helpdesk executive. Joseph Weizenbaum created the first chatbot in 1966, named Eliza. It all started when Alan Turing published an article named “Computer Machinery and Intelligence” and raised an intriguing question, “Can machines think?” ever since, we have seen multiple surpassing their predecessors to be more naturally conversant and technologically advanced. These advancements have led us to an era where conversations with have become as normal and natural as with another human. Before looking into the AI chatbot, learn the foundations of artificial intelligence.

Today, almost all companies have to engage their users and serve customers by catering to their queries. We practically will have chatbots everywhere, but this doesn’t necessarily mean that all will be well-functioning. The challenge here is not to develop a chatbot but to develop a well-functioning one.

Let’s have a look at the basics of how to make a chatbot in Python:

The first step is to identify the opportunity or the challenge to decide on the purpose and utility of the chatbot. To understand the best application of Bot to the company framework, you will have to think about the tasks that can be automated and augmented through Artificial Intelligence Solutions. The respective artificial intelligence solution broadly falls under two categories for each type of activity: “Data Complexity” or “Work Complexity”. These two categories can be further broken down into 4 analytics models: Efficiency, Expert, Effectiveness, and Innovation.

There are many types of chatbots available. A few of them can be majorly classified as follows:

There are mainly two approaches used to design the chatbots, described as follows:

There are many types of chatbots available, depending on the complexity. A few of them can be majorly classified as follows:

Typical chatbot architecture should consist of the following:

Please refer to the below figure to understand the architectural interface:

Corpus means the data that could be used to train the NLP model to understand the human language as text or speech and reply using the same medium. The corpus is usually huge data with many human interactions .

Corpus can be designed using one of the following methods:

Following are the components of a corpus:

Let us take a business scenario where we need to deploy and design a chatbot that acts as a virtual help desk assistant. Keeping this business scenario in mind, a sample corpus is manually designed as follows:

Algorithm for this text-based chatbot

Reflections are the pairs or corpus that we have defined above.

We have designed a function that enables the user to interact with a bot using text. The function keeps the chat window alive unless it is asked to break or quit. The name of our text bot is Jason. The algorithm for this function is as follows:

There could be multiple paths using which we can interact and evaluate the built text bot.

Since there is no text pre-processing and classification done here, we have to be very careful with the corpus [pairs, refelctions] to make it very generic yet differentiable. This is necessary to avoid misinterpretations and wrong answers displayed by the chatbot. Such simple chat utilities could be used on applications where the inputs have to be rule-based and follow a strict pattern. For example, this can be an effective, lightweight automation bot that an inventory manager can use to query every time he/she wants to track the location of a product/s.

Convert all the data coming as an input [corpus or user inputs] to either upper or lower case. This will avoid misrepresentation and misinterpretation of words if spelled under lower or upper cases.

Convert a sentence [i.e., a collection of words] into single words.

Process of converting words into numbers by generating vector embeddings from the tokens generated above. This is given as input to the neural network model for understanding the written text.

One hot encode the output or targets [In our case, we have defined them as “TAG” in the corpus]

Process of converting words into numbers by generating vector embeddings from the tokens generated above.

Tag from the corpus:

Design a classifier model which can be trained on the corpus with respect to the target variable, i.e., the Tag from the corpus. There is a list of classifiers that can be used for this purpose which are as follows:

In this implementation, we have used a neural network classifier.

Algorithm for this text-based chatbot

We have designed a function that enables the user to interact with a bot using text. The function keeps the chat window alive unless it is asked to break or quit. The name of our text bot is Ramos. The algorithm for this function is as follows:

There could be multiple paths using which we can interact and evaluate the built text bot. The following videos show an end-to-end interaction with the designed bot.

Algorithm for this voice-based chatbot

To enable the computer to reply back in human language, i.e., in the form of speech, we have used Google’s GTTS [Google Text To Speech] function. We have created the following function: expect input in the form of text and generate a speech as an output. Here we are choosing the English language and the speech’s pace as Normal.

We have used the speech recognition function to enable the computer to listen to what the chatbot user replies in the form of speech. We have created the following function, which will access your computer’s microphone and will listen until 15 seconds to recognize the phrase spoken by the user and will wait till 5 seconds if nothing is spoken before ending the function. These time limits are baselined to ensure no delay caused in breaking if nothing is spoken.

We have designed a function that enables the user to interact with a bot using voice. The function keeps the chat window alive unless it is asked to break or quit. The name of our voice bot is Lilia. The algorithm for this function is as follows:

There could be multiple paths using which we can interact and evaluate the built voice bot. The following video shows an end-to-end interaction with the designed bot.

There needs to be a good understanding of why the client wants to have a chatbot and what the users and customers want their chatbot to do. Though it sounds very obvious and basic, this is a step that tends to get overlooked frequently. One way is to ask probing questions so that you gain a holistic understanding of the client’s problem statement.

This might be a stage where you discover that a chatbot is not required, and just an email auto-responder would do. In cases where the client itself is not clear regarding the requirement, ask questions to understand specific pain points and suggest the most relevant solutions. Having this clarity helps the developer to create genuine and meaningful conversations to ensure meeting end goals.

Selecting conversation topics is also critical. It is imperative to choose topics that are related to and are close to the purpose served by the chatbot. Interpreting user answers and attending to both open-ended and close-ended conversations are other important aspects of developing the conversation script.

There is no better way among the two to create a chatbot. While the code-based frameworks provide flexibility to store data, incorporate AI, and produce analytics, the chatbot platforms save time and effort and provide highly functional bots that fit the bill.
Some of the efficient chatbot platforms are:

The final and most crucial step is to test the chatbot for its intended purpose. Even though it’s not important to pass the Turing Test the first time, it must still be fit for the purpose. Test the bot with a set of 10 beta testers. The conversations generated will help in identifying gaps or dead-ends in the communication flow.

With each new question asked, the bot is being trained to create new modules and linkages to cover 80% of the questions in a domain or a given scenario. The bot will get better each time by leveraging the AI features in the framework.

This was an entry point for all who wished to use deep learning and python to build autonomous text and voice-based applications and automation. The complete success and failure of such a model depend on the corpus that we use to build them. In this case, we had built our own corpus, but sometimes including all scenarios within one corpus could be a little difficult and time-consuming. Hence, we can explore options of getting a ready corpus, if available royalty-free, and which could have all possible training and interaction scenarios. Also, the corpus here was text-based data, and you can also explore the option of having a voice-based corpus.

What is a chatbot, and how does it work?

A chatbot is a piece of software or a computer program that mimics human interaction via voice or text exchanges. More users are using chatbot virtual assistants to complete basic activities or get a solution addressed in business-to-business (B2B) and business-to-consumer (B2C) settings.

How does a chatbot works step by step?

Chatbots take three simple actions: understanding, acting on it, and answering. The chatbot analyzes the user’s message in the first phase. Then, after interpreting what the user stated, it takes action in accordance with a set of algorithms. Finally, it chooses one of several suitable answers.

Is Alexa a chatbot?

Ideally, Alexa is a chatbot. Amazon recently unveiled a new feature for iOS that allows users to make requests for Alexa and view responses on display.

Which algorithm is best for a chatbot?

Is developing a chatbot easy?

Any beginner who wishes to kickstart their development journey can begin with chatbot platforms because they are basic, easy to use, and don’t require any coding experience; you just need to understand how to drag and drop works.

What are two types of chatbots?

There are primarily two types of chatbots: AI chatbots and rule-based chatbots. The former can really do the work for the customer without any human intervention and has considerable capabilities and contextual awareness that need less training data.