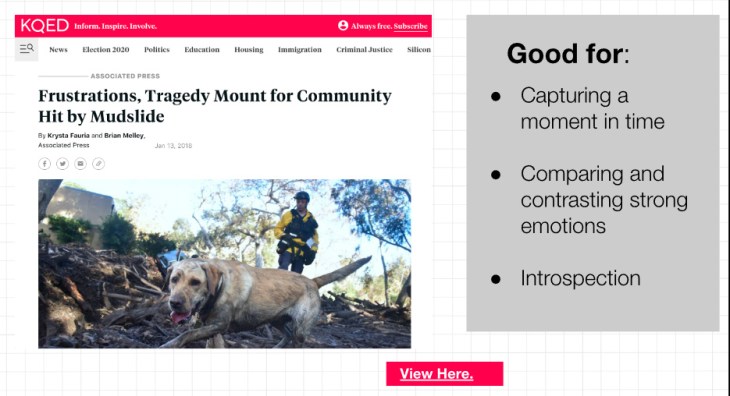 In a push-back against people who couldn’t tell a real news source from an amphetamine-laden hamster with a Tumblr blog, San Francisco public radio station KQED this week announced it is launching a free workshop and self-paced online course to help increase media literacy. The resources are aimed at K-12 educators and other folks who are involved with teaching media, but are freely available to other fans of media nerdery and enemies of fake news alike.

Personally, I believe one module in particular — “Analyzing Media Messages: Bias, Motivation and Production Choices” — should be mandatory for everyone before they go anywhere near a Twitter or Facebook account, but perhaps that’s just the pinko leftie communist mainstream media journalist in me speaking…

If you’re curious or just want to brush up on your media literacy for the weekend — here’s your chance!