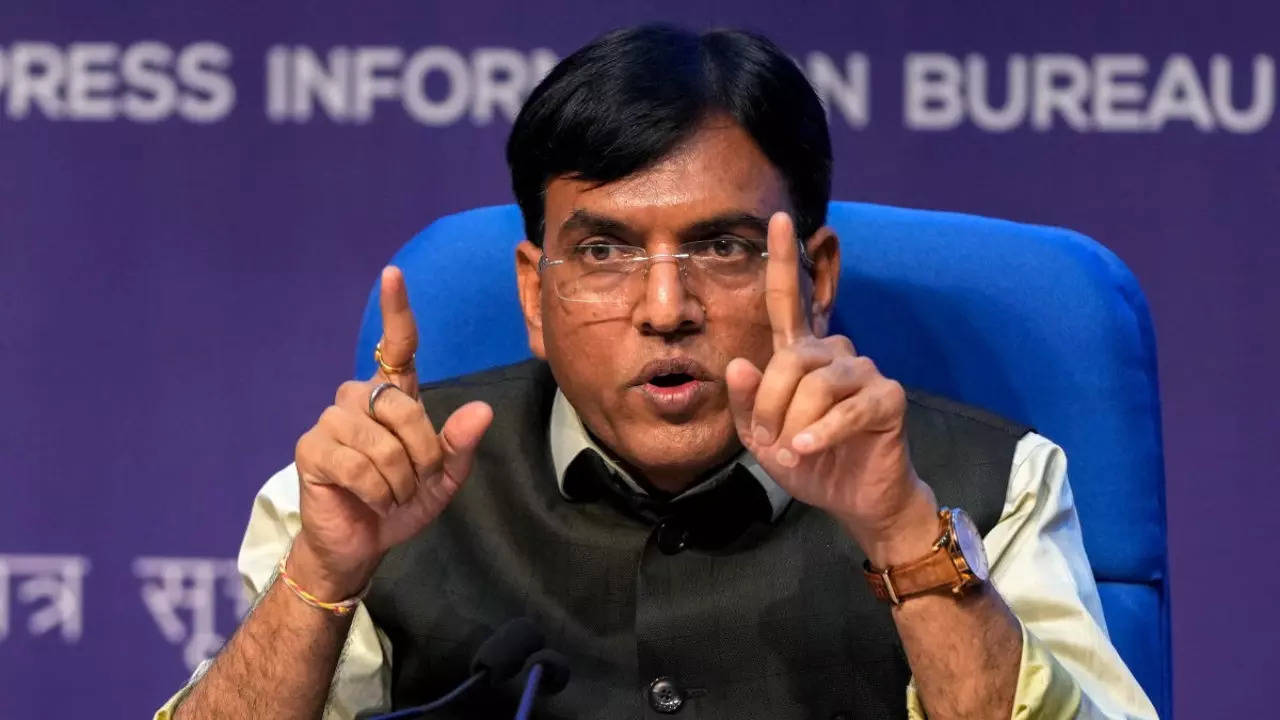 New Delhi: Union Health Minister Mansukh Mandaviya on Friday exhorted states to launch ‘Jan Abhiyaans‘ or public campaigns with ‘log bhaagidari‘ (people’s participation) to enthuse and engage citizens and communities to ensure there is no mosquito breeding in the neighbourhoods. Mandaviya, who reviewed the preparedness for prevention and control of vector-borne diseases with 13 high-burden states, through video conference said ‘Log Bhagidaari’ is pivotal for launching ‘Jan Abhiyaan’ for vector control and elimination, a Health Ministry statement said.

“Let us start with our own homes and communities to ensure there is no vector breeding in our neighbourhoods,” he said.

Highlighting that the issue of vector control and elimination is cross-cutting and requires close collaboration with several other departments, Mandaviya urged states to ensure inter-sectoral coordination and work closely with other related departments such as for tribal welfare, urban development (for enforcement of civic laws), rural development (for construction of pucca houses under PMAY-G), water and sanitation and animal husbandry.

The states were advised to involve Ayushman Bharat- Health and Wellness Centres for notification of cases, case management, ensuring community engagement through (Information, Education and Communication) IEC/Social Mobilization campaign for observation of dry day, use of personal protective measures, etc, the statement said.

They were also asked to ensure timely availability and effective distribution of drug/diagnostics along with insecticides, fogging machines etc. The states also need to pay attention for formation of Rapid Response Teams (RRTs) to effectively address any outbreak, Mandaviya stressed.

“Let us engage ASHAs and anganwaadi workers for door-to-door campaigns for awareness enhancement, community mobilisation and distribution of kits, medicines and other services,” he stated.

He stressed that joint efforts by the states and central government hold the key towards effectively lowering and eliminating the burden of vector-borne diseases (VBDs) across the country. “Well laid out micro-level action plans at village, block, district, state and national levels with effective reviewing shall go a long way in meeting the targets”, he stated.

Various states that have performed notably in reducing the burden and eliminating it in various districts were commended by the Health Minister. Further, he invited the states to share their best practices and special campaigns for others to emulate them. The states shared examples of special campaigns and initiatives taken up for community mobilization and participation, mass awareness, timely surveillance and treatment, the statement read.

The states were informed of the state-wise burden of various vector-borne diseases such as malaria, dengue, chickungunya, JE, lymphatic filariasis and kala-azar.

The month-wise seasonality with high level of prevalence across various states was also presented. Government of India is dedicated to curb these diseases and has the target of eliminating malaria by 2030, lymphatic filariasis by 2030 and kala-azar by 2023, the statement said.

The government is providing technical support through guidelines, advisories, epidemiological reports on outbreak preparedness, financial support through budget under the NHM, monitoring and supervision, awareness through IEC campaigns, additional support through Global Fund to Fight AIDS, Tuberculosis and Malaria (GFTAM) to 10 states, according to the statement.