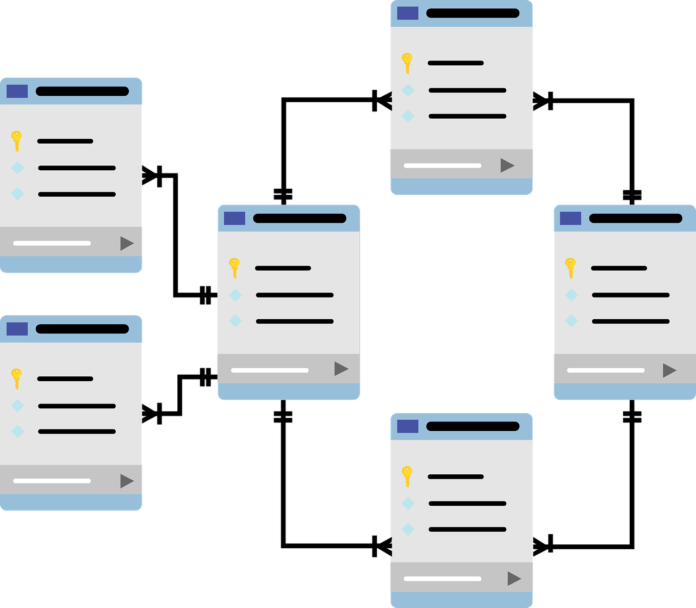 What is Normalization in SQL?

What is Normalization in a Database?

Normalization is a design technique that is very useful for designing databases. This technique helps reduce data redundancy and eliminate undesired operations such as insertion, deletion, and updating the database’s data. The main goal of normalization in a database is to reduce the redundancy of the data.

Database normalization reorganizes the data in a relational database based on normal forms. It helps in reducing the amount of unwanted data from the database. At the same time, normalization also improves the data integrity where the two principles that govern this process are:

The third normal form was then extended by Raymond F Boyce, resulting in a new form named BCNF (Boyce Codd Normal Form). All these normal forms are discussed later in this article.

Suppose there is a table in the database containing information about the students who borrow different books from the library.

So, this is a table where each student borrows a different book. For this table to come under First Normal Form, it should contain unique records in each cell, and only a single value should be there. As we can see from the example, there is only one book borrowed by each student, and other cells also contain single values. So we can say that this standard form comes under 1NF.

Normalization is a process in which the data is organized in a well-manner database. In the normalization process, the redundancy in the relations is removed to get the desired database table. For example:

The table has multiple values in a single cell, which should be removed for normalization. After normalization of this table, it will look like this:

Now each cell in the table has a single value. Here the normalization of the table is done according to the First Normal Form.

What is a KEY in SQL?

As we know, SQL keys are used to identify columns uniquely, but some columns don’t have a SQL key and can’t be identified with a key. So, these columns are called non-key columns.

A Key is a single value, but the key can be of different types such as Primary, Composite, or Foreign Key. Let us discuss these keys in detail:

The primary key is very useful when we need to identify only one value from the entity. However, the entity may contain various keys, but the most suitable key is called the Primary Key. For example, the key that can be used to identify an employee in an Employee table can be Employee ID, as it is different for every entry in the table. So, we can make Employee ID the Primary Key in this case. Now the selection of an employee can be made by using the primary key.

The composite Key becomes useful when there are more attributes in the Primary Key. For example, let us talk about the same table we discussed above Employee table. Suppose the employees are given different Project Ids and roles that can help them uniquely identify from the table. Now, the employee can be identified with the help of any of the keys such as Employee_ID, Employee_ProjectID, or Employee_ROLE. So, there are multiple primary keys. When a primary key has more attributes to be considered, it is called a composite key. Therefore, combining all these keys is called Composite Key or Cancatenated Key.

What are transitive functional dependencies?

A -> C is a Transitive Functional Dependency.

Suppose there is a table where two columns are dependent on each other, and changing the value of one column might affect the value of the other column, i.e., changing the person’s name may cause a change in the Gender column. So, these columns are functionally dependent on each other, called transitive functional dependency. In this case, the relationship is indirect among the columns.

As we know that transitive dependency should be removed to achieve the Third Normal Form. Let us see how we can do that:

Now, as you can see, changing the name from the first column will affect the Gender column of the table. The above table is not in 3NF as it has a transitive functional dependency.

To remove this dependency, we need to divide the table into sub tables such as

Now, we divided the table as no column is dependent on one another. Now, the functional dependency is removed from the tables, and we can say that the above relation is in 3NF of normalization.

This normal form comes with the problem of Atomicity, which means that tables cannot be divided further into subtables. We can say that a cell cannot hold multiple values. For the table to be in First Normal Form, it should not contain composite or multi-valued attributes.

Let us understand this normal form with an example discussed earlier.

As you can see, the first cell in the Books Name column contains multiple values, violating the First Normal Form rules. But we can convert this table to be in 1NF as below:

The table above contains the single value in each cell. Now it is in its First normal form and cannot be divided further.

The table can only be in the second normal form in the First Normal Form, meaning the table has to be in 1NF before it can be normalized to a second normal form. It should be noted that the table should not contain any partial dependency, where partial dependency means a proper subset of the candidate key. This candidate key is used to determine a non-prime attribute. Let us see the example of an Employee table where the primary key is an Employee ID and Department ID. Both the keys are on a single table. So, the main table can be divided into two subtables that contain the composite primary key.

As we removed the partial dependency from the table, the table’s primary key, which is Emp-ID, can be used to determine the specific information.

In the above table, the Department determines the employee’s name using the Emp-ID and Dep-ID, which shows that there is a transitive functional dependency in the table. To remove this dependency, the table can be divided as follows:

This normal form is the extended version of 3NF and is also known as 3.5NF. It was developed by Raymond F Boyce and Edgar F. Codd, who defined various types of anomalies not defined in 3NF, such as Insertion, Deletion, or Update anomalies.

As we know, for a table to come under BCNF, it has to satisfy the rules of 3NF first. So, every functional dependency in BCNF, such as A -> B, A, has to be the super key of the table to identify information from other columns.

What are the four 4 types of database normalization?

What is Normalisation 1NF 2NF 3NF?

1NF: In this form, the repeating groups are eliminated from the table, and the relationship is in 1NF only when it contains an atomic value.
2NF: In Second Normal Form, the partial functional dependency should be removed, resulting in all non-key attributes being fully functional and dependent on the primary key. The relation should also satisfy the rules of 1NF to be in 2NF.
3NF: To be in Third Normal Form, there should not be any transitive functional dependency in the table. Also, it must satisfy the rules of 2NF before the relationship is in 2NF.

What are the 3 stages of Normalisation?

The 3 stages of normalization of data in the database are First Normal Form (1NF), Second Normal Form (2NF), and Third Normal Form (3NF). In all the stages, the data is selected by keeping in mind that there should not be any anomaly in the data grouping. These anomalies include data redundancy, spurious relations in the data, and loss of data.

Why are databases Normalised?

Databases are normalized to reduce the redundancy in the data. Normalization is also helpful in preventing issues such as insertion, deletion, or updating the data in the database. It also ensures that only the related data is stored in each table. That’s the main reason for normalizing databases.

What is the purpose of normalization?

The main goal of normalization is to organize the data in the database in an efficient manner. The other main objectives of the normalization are eliminating redundant data and ensuring the data dependencies in the table.