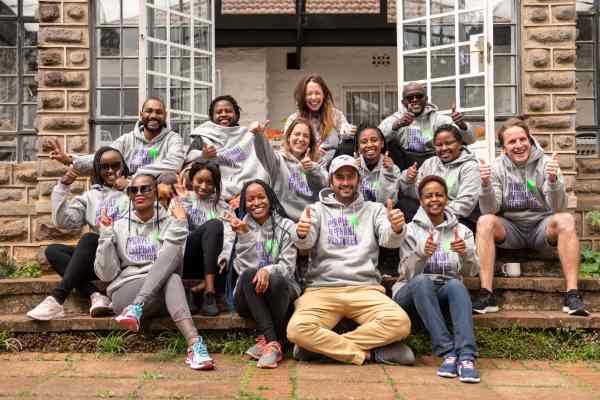 A Kenya-based venture studio with a focus on tourism, Purple Elephant Ventures (PEV), has raised $1 million pre-seed funding to build the next generation of startups that use technology to modernize the tourism sector.

The venture studio plans to build about four startups at the intersection of tourism, climate and technology, every year.

“I think what’s exciting for the team is all of the possibilities to digitize tourism for a greener future. And one of the great advantages of working in a studio is that we get to play around with new innovative ideas all the time. We have what we call ideation sessions, where we have very structured conversations around examining the tourism industry from the perspective of building businesses that will help reduce the carbon footprint of Africa’s tourism industry,” said CEO, Ben Peterson, who co-founded the startup with Mikul Shah, and Jan Van der Does de Willebois, in early 2020 – just before Covid hit.

Despite the uncertainty in the tourism sector from the Covid pandemic, the PEV team didn’t slow down but instead went on to launch two startups — Elephant Bookings, a software as a service (SaaS) product, and Nomad.Africa, a content-to-commerce magazine.

Elephant Bookings is a B2B product that brings hospitality providers online, helping them to increase their occupancy rates by allowing direct bookings. Nomad.Africa was initially founded by Shah, who is also the founder of restaurant discovery site EatOut Africa. The venture studio is currently looking for co-founders and CEOs for the two startups.

But why the focus on tourism?

“There are thousands of startups in agriculture, FinTech, energy, and health — all the major sectors of the African economy, but very few in tourism, and only a handful have raised capital. This is despite the fact that tourism is one of the largest sectors on the continent,” said Peterson, also the former senior partner at AHL Venture Partners, an early-stage VC in Africa.

“It sort of struck me as odd so I started looking into why that is the case, and at the end of the day I came to the conclusion that it is a massive industry with real margins but it is completely stuck in the 1970s in the way that it operates. Most tourism organizations barely have any online presence. You even go to the websites of the most expensive Safari lodges and you can’t even book a room. You have to email or call an agent and it takes multiple steps to actually make a booking,” he said, adding that Elephant Bookings is the solution to the first gap PEV saw in the market.

Perterson said further inquiry revealed to PEV that the industry in Africa was ripe for disruption, especially because the sector is among the fastest growing in the world.

“I realized there’s an issue with modernization of this industry and we started to look at it a little bit further. And I quickly came to the conclusion that there wasn’t just one business opportunity to modernize the tourism sector. There were dozens of potential ways to do it.”

The African tourism sector is expected to grow at 6.8%, double the rate of the continent’s overall economy, to hit $279 billion, over the next decade, as the industry makes a strong recovery from the effects of the covid pandemic. This is according to data from the World Travel & Tourism Council (WTTC), which also shows that 14 million new jobs will be created during that period.