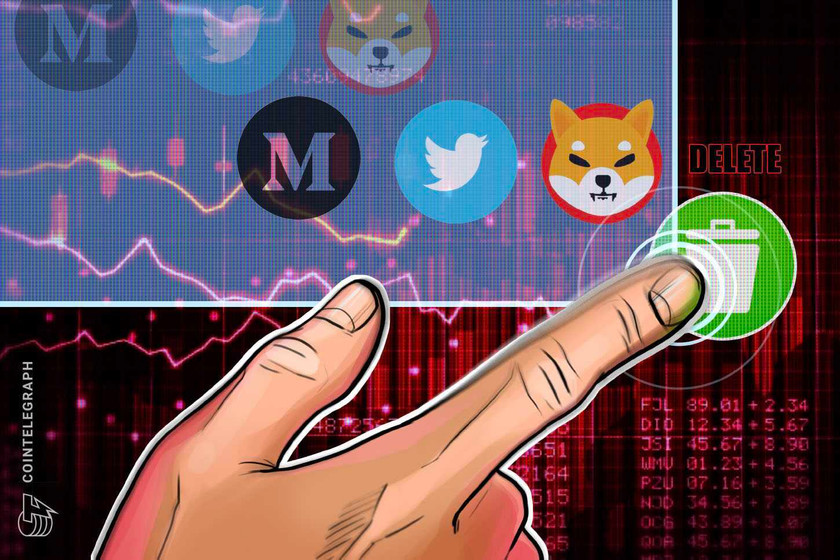 Pseudonymous Shiba Inu (SHIB) founder Ryoshi has walked away from the community after deleting all of their Tweets and blog posts this week.

Similar to the Bitcoin (BTC) founder Satoshi Nakamoto, Ryoshi’s identity has remained unknown since the project launched in August 2020. Additionally, they have also held a hands-off approach to the memecoin, much like Dogecoin (DOGE) founders Billy Markus and Jackson Palmer.

Lead developers such as Shytoshi Kusama have stated that the project will carry on and continue to “actualize Ryoshi’s vision and plan for this grand experiment” of building a decentralized memecoin ecosystem.

Ryoshi has hinted on several occasions that they would eventually walk away, as they often played down their significance and role in Shiba Inu. In a since-deleted Medium post, the founder reportedly said:

“I have said from the beginning, I am a nobody, I am not important. The efforts to unmask my ‘identity’ even if successful would be underwhelming. I am just some guy of no consequence tapping at a keyboard and I am replaceable. I am Ryoshi.”

As it stands, Ryoshi’s Twitter account is still up but with all activity wiped clean, while two blog posts bidding farewell to the ShibArmy are still up on Medium. However, some members have suggested that these posts may be from a scammer who created a new account under Ryoshi’s name.

The idea appears plausible, as previous reports linking to Ryoshi’s blog now bare the message “user deactivated or deleted their account,” despite another account being up using his same name and profile picture.

“I am not important, and one day I will be gone without notice. Take the SHIBA and journey upwards frens,” the first post reads, while the second one adds, “Every Shibarmy is Ryoshi. It does not represent someone, but the glory of Shibarmy! END.”

Regardless of the potential tom-foolery on Medium, Shytoshi Kusama published a blog post on Tuesday, saying goodbye to Ryoshi and reiterating a commitment to the founder’s vision for the project moving forward:

“The ethos of Ryoshi to remain anonymous and have no input on the direction of Shib, makes our mythos even more mystic and impressive. We’ve built from nothing, never paid an exchange for a listing, and revolutionized ‘meme’ tokens by growing exponentially.”

“Shib, Leash, Bone, Treat, ShibaSwap, Shi, Shibarium. Note also the concept of LOCAL Shib areas (meetups) such as we see in ShibaZone, and eventually Shibacon. To me, these latter two aspects are part of our growth, and all of our other projects support or utilize one or more of the above,” the post added.

Related: Shiba Inu has a new use case — Buying land in SHIB: The Metaverse

While the asset is down a hefty 86% since its all-time high of $0.00008616 in late October 2021, somehow, SHIB is still up 54% overall compared to 12 months ago, which is something that has not been replicated across many major assets.