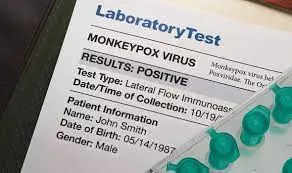 Dehradun: Days after the Union health ministry issued guidelines in connection to the possibility of monkeypox spreading in the country, the Uttarakhand government on Tuesday sounded an alert regarding the viral disease that has been detected in 12 countries.

According to the state advisory, people coming to Uttarakhand from nations that have reported confirmed or suspected cases of monkeypox should be screened.

The advisory, signed by director-general (health) Dr Shailja Bhatt, calls public health authorities for heightened suspicion in people present with an otherwise ‘unexplained rash and fever’ and who have travelled, in the last 21 days to a country that has recently reported confirmed or suspected cases of monkeypox. Also, suspected patients from affected countries will be isolated and their samples will be sent to the Pune-based National Institute of Virology (NIV).