Skip to content
popular
Urfi Javed is not new to receiving hate messages on social media but some crossed the line recently by circulating her morphed photo and claiming that the actress has died by suicide.

On Saturday (June 2), Urfi posted an old photo showing how a top made out of chains led to bruises on her neck. Some netizens took the same photo and added a rope to it to make it look like she has died by suicide and posted it on social media.

This did not go down well with Urfi who took a screenshot of the post along with the comments where someone wrote, “Stand with Urfi’s murderer.” The caption of the picture also had ‘1997-2022’ written on it.

The Bigg Boss OTT celebrity posted it on her Instagram stories and wrote, “What is happening in This world? I’ve been receiving so many death threats and now this! The comment says they stand with my murderer! Insane.” 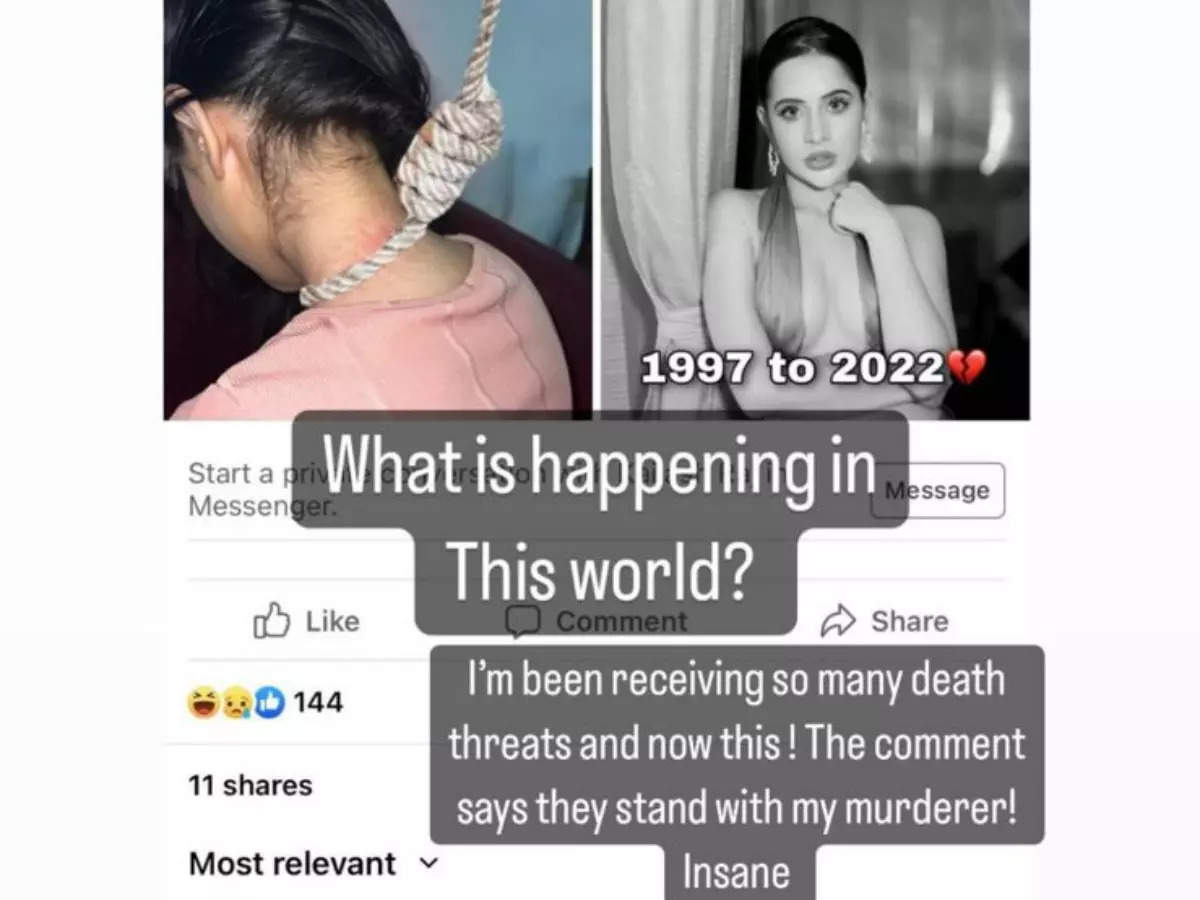 This is not the first time Urfi has received such hate online. Earlier when she had talked about Udaipur murder on her Instagram story, she shared she knows she’d receive death threats for expressing her opinion.

Even after Sidhu Moosewala’s death, people commented how they wished she had died the same way.

Urfi had written then, “Just posting a few of the comments which I’ve received in the past few days! People wishing I died, get shot by. We live in a cruel world but let me tell you guys something, you guys need to pray harder for my death coz guess what this b*tch’s here to stay!”

Urfi Javed recently became the 57th most searched celebrity on Google beating the likes of Kangana Ranaut and Kiara Alia Advani. She rose to fame post her participation in Bigg Boss OTT as a contestant.

How ‘Anonymous’ and other hacking groups are aiding protests in Iran