Skip to content
LIFESTYLE
Urvashi Rautela and cricketer Rishabh Pant seem to be engaging in a cryptic war of words on social media. After the actress cryptically claimed that ‘RP’ waited for hours for her in a hotel lobby, Rishabh put out a note saying people lie in interviews and told the person in question, ‘Mera Picha Chhoro Behen’. Reacting to this jibe, Urvashi has penned a social media post, referring to the cricketer as ‘chotu bhaiya’. 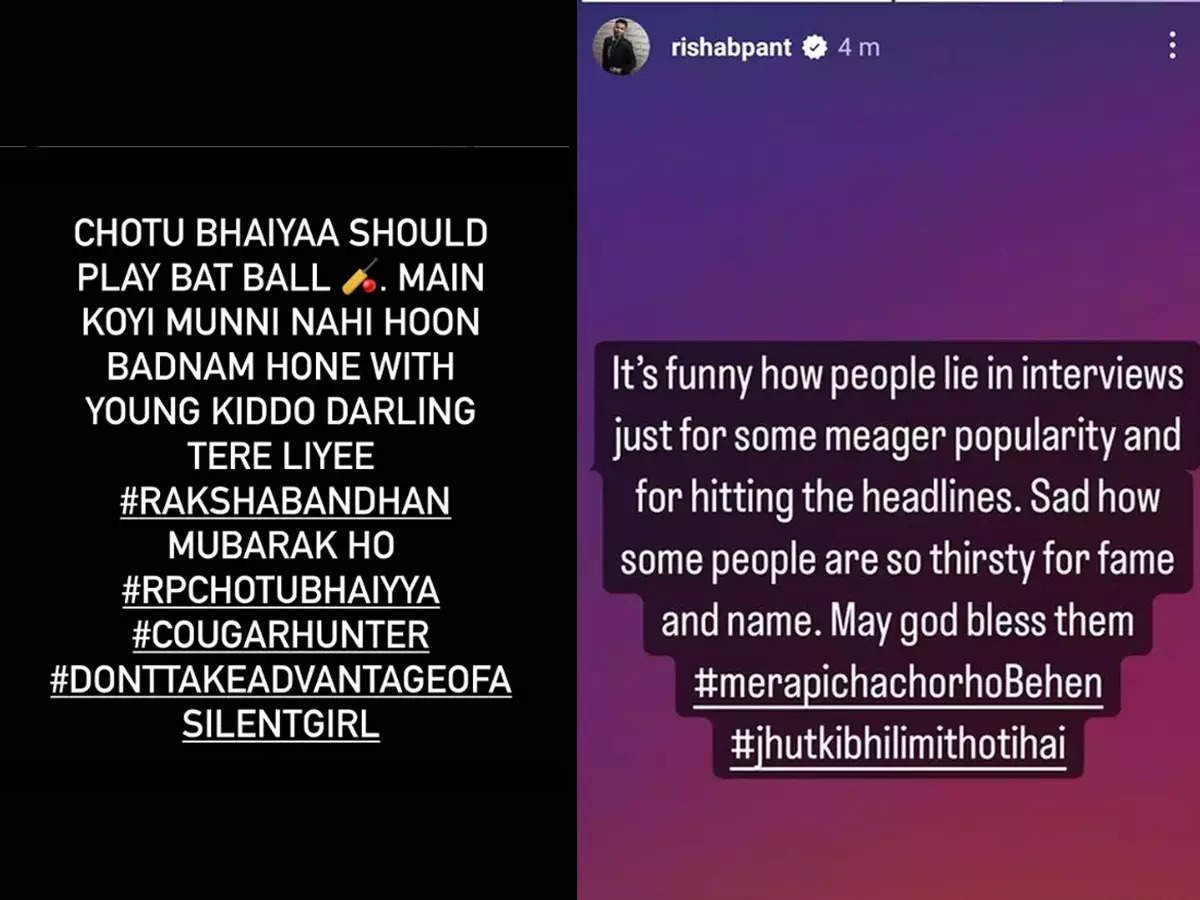 “Chotu bhaiyaa (young brother) should play bat ball…main koyi munni nahi hoon badnaam hone (I am no naive girl to be defamed) with young kiddo darling tere liye #RAKSHABANDHAN mubarak ho. #RPCHOTUBHAIYYA #CougarHunter and #Don’ttakeadvantageofasilentgirl,” read Urvashi’s post. Previously, on Thursday, Rishabh Pant had penned a note on his Instagram stories, without naming anyone. It read, “It’s funny how people lie in interviews just for some meagre popularity and for hitting the headlines. Sad how some people are thirsty for fame and name. May God bless them. #MeraPichaChhoroBehen #JhuthKiBhiLimitHotiHai.”

In the past, Rishabh Pant and Urvashi Rautela have been romantically linked. However, the cricketer had distanced himself from the actress and reportedly blocked Urvashi on social media. Shortly after the linkup rumours, the cricketer had even shared pictures with his girlfriend on his handle.