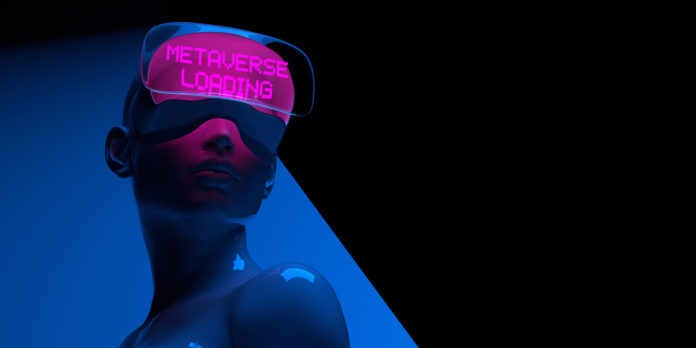 Ever since Facebook announced its rebranding to Meta and its focus on the upcoming metaverse, there has been an endless discussion about what is metaverse. Is it just sci-fi speculation? Is it an umbrella term to encompass augmented reality and virtual reality?

A metaverse is a virtual reality simulation that can be used for various purposes, from entertainment and social networking to education and business. It is a 3D virtual world created and maintained by users and can be explored and interacted with just like the physical world. It is a hypothetical iteration of the internet as a universal and immersive virtual world focused on social connection.

A metaverse is a shared, online 3D space where users can interact with each other and with computer-generated objects and avatars. It is a virtual world that uses the Internet as its underlying network. Metaverses are used for various purposes, including social networking, online gaming, education, and training. They can be used to create virtual worlds that mirror the real world, or they can be used to create entirely new and imaginary worlds.

They offer a unique and immersive experience unlike anything else on the Internet. They are constantly evolving and expanding and offer endless possibilities for exploration and interaction. With the recent announcement of Facebook rebranding as Meta, you may hear about the Metaverse more often than ever before. But is this really a new concept? Or has it been around for a while? Let’s find out.

In brief, no. The term metaverse has been around for several years and has been part of the future vision for a while. In his science fiction novel Snow Crash, the term “metaverse” was first coined in the early 1990s by Neal Stephenson. During the first boom of virtual reality in the 90s, the UK grocery chain Sainsbury put together a VR shopping demo. Virtual worlds have existed for a long time, especially if you have followed online gaming in the past few decades.

One of the most popular virtual gaming setups, and a game that can best depict the metaverse as we know it today, is Second Life, launched in 2003. This game resembles an early 2000’s role-playing game and fulfils several roles imaged for the future where users are embodied, and avatars can interact and hang out with each other in a virtual world. These virtual spaces allow us to enjoy real-world experiences such as clubbing and business meetings, among a lot more. The game also has a virtual economy and its currency. Second life comes close to the current textbook metaverse.

Another example of the early versions of metaverse that exist is the PlayStation Home, which was launched in 2008 but was unfortunately shut down in 2015. Although it didn’t go anywhere, it is an interesting example of what a corporate version of metaverse could look like. However, it suffered due to the far more entertaining virtual worlds on the Ps3. However, it does prefigure Zukerberg’s recent metaverse demo. Now that we know the metaverse has been around for a while, let’s see how we can access it.

There is no single way of accessing the metaverse at this point in time. Baggili, a cybersecurity expert, says that there are multiple platforms that offer VR, augmented reality, and extended reality. However, there is no single portal to use these. This has led to multiple tech companies offering different varieties of experiences, be it gaming, virtual workplaces, real estate, or shopping. Platforms such as Fortnite, Roblox, decentral, and Sandbox are a few such examples. These worlds can typically be accessed through a VR headset where users can navigate with the help of voice controllers, eye movements, or motion sensing controllers. This creates a feeling of physically being present in the virtual world.

To access the metaverse in action, we can look at popular multiplayer games such as Fortnite, Rec Room, or Horizon Worlds. The wider and newer applications of the metaverse that tech companies are experimenting with are building virtual stadiums to watch a football game, hosting concerts, or virtual shopping.

Although the metaverse has been branded to be a more expansive and exaggerated version of virtual reality, the gaming world has already adopted its rudimentary form. For example, the online game Fortnite. In this game, users have a personal avatar that is used to interact with other such players, earn virtual currency, change outfits, and more.

As we have mentioned earlier in the blog as well, another example that comes closest to metaverse is the game Second Life. The metaverse is said to take this experience one step forward and allow users to buy land and even get married through digital avatars.

According to Microsoft CEO Satya Nadella, the metaverse may not be a single, centralized metaverse. Multiple platforms will be supported, and it will be a collection of communities accessible on several devices.

The virtual estate is already a big business. Global businesses and superstars such as JP Morgan, Snoop Dog, PwC, and Samsung already have virtual lands intended to be developed for a variety of reasons. Less than a year ago, the average price for a plot of virtual land on Decentraland or Sandbox (metaverse platforms) – was around $1000, whereas today, that same plot costs around $13,000. But how exactly can we buy land in the metaverse?

The first step is to get hold of cryptocurrencies such as Ethereum or SAND (a game version of the metaverse, the Sandbox) and MANA (connected to the Decentraland platform). When it comes to owning virtual land, these two platforms are currently the popularly known ones. They have well-known established companies and celebrities being part of their virtual worlds. Purchase land, it can be done directly on the platform, and any sales are recorded via transfer of NFTs. You will require a wallet that is capable of storing this, such as Metamask or Binance.

Apart from these platforms, you can buy virtual land on the metaverse from third-party resellers such as opensea.io or nonfungible.com. The future directly depends on the metaverse itself. Big corporations such as Facebook (now, meta) claim that the metaverse is the “next big thing.” However, it is too soon to tell what the future would look like.

The idea of what exactly the metaverse will be in the future is still quite new and we would have to wait to find out. Will it still be the same idea of VR glasses and virtual gaming worlds, or will it be an escape from the current reality we exist in? Only time will tell. If you’re interested in learning more about such concepts, you can take up a free blockchain course and enhance your knowledge today.